Gypsophila: planting and care in the open field, growing from seeds, photo

Plant gypsophila (lat.Gypsophila), or Tumbleweed, swing, gypsum - herbaceous plant of the Clove family. In translation, the name of the plant means "loving lime", since many species of this plant in nature grow on limestone. Gypsophila flowers have more than a hundred species of shrubs, herbaceous annuals and perennials growing in Eurasia, Northeast Africa and New Zealand. In the garden culture, both annual gypsophila and perennial ones are grown.

Planting and caring for gypsophila

Read more about growing gypsophila below

The root of the gypsophila is powerful, pivotal and branched, the stem is almost leafless, outstretched or erect, reaches a height of 20 to 50 cm, but some semi-shrub species grow up to a meter or even higher. The leaves are small, whole, lanceolate, oval or spatulate. Loose paniculate inflorescences, simple or double, consist of small flowers of white or white with green color, although some species (creeping gypsophila or pacific) have pink flowers. The fruit is a unilocular polysperm of ovoid or spherical shape. Gypsophila seeds remain viable for two or three years.

How to sow seeds

The gypsophila flower propagates both vegetatively and by seeds. Annual gypsophila reproduces only by seeds, but there are also some perennial species that are grown from seeds. How to grow gypsophila from seeds? One-year gypsophila is sown before winter in open ground on a training (distribution) bed, and next spring, the matured seedlings are transplanted to a permanent place. Perennial gypsophila is grown in seedlings - seeds in early spring are sown spaciously in seedling boxes to a depth of half a centimeter, the crops are covered with glass and placed in a bright, warm place.

In the photo: Gypsophila flowering in the garden

When shoots appear in a week or two, they are thinned out so that the distance between the specimens is at least 15 cm, or they are planted one at a time in peat pots, and then gypsophila is grown with additional lighting, since seedlings need thirteen to fourteen hours of daylight for normal development. and in the middle of spring the days are still too short.

When the seedlings have one or two true leaves, they are transplanted to a permanent place, and since perennial species can grow in one place for many years, planting perennial gypsophila requires a balanced approach to site selection. The best place for gypsophila is dry and sunny, with little humus and lime in the soil.

Do not plant gypsophila near groundwater - it does not like excessive moisture in the roots.

In the photo: Growing gypsophila from seeds

If the planting of gypsophila is carried out in two rows, then a gap of at least 0.7 m is maintained between the specimens, and 1.3 m between the rows. Make sure that the root collar does not end up underground when planting. The planted plants are watered. After two years, every second bush will have to be dug out so that there is only one bush per square meter. In dug up plants, the root system is cooled and transplanted to another place. This is done for the sake of increasing the decorativeness of gypsophila flowers, which are very good in cutting and as a decor in a composite bouquet.

How to plant Liatrice - detailed instructions

Gypsophila blooms from seeds when the plant forms at least 12 pairs of leaves, and the plant reaches its best shape three years after planting.

Gypsophila care is within the power of even a novice florist. You will have to water the plant only in dry season, and water must be poured at the root. You need to apply fertilizers, alternating organic with mineral fertilizers, two or three times per season. Use mullein infusion as organic matter, but by no means fresh manure - gypsophila does not tolerate it.

In the photo: Large - gypsophila flower

In addition to the seed method, vegetative is also used in the reproduction of gypsophila - grafting, especially when it comes to the reproduction of terry plant varieties. Planting material is cut from young shoots before inflorescences begin to form - in May or late April, however, you can choose young shoots and cut cuttings from them in August.

Rooting substrate needs loose, with the addition of a certain amount of chalk.

Planting depth of cuttings is 2 cm, temperature for successful rooting is about 20 ºC. In addition, cuttings need twelve hours of daylight hours and one hundred percent humidity, which is achieved by building a greenhouse. Rooted cuttings are planted in open ground with the expectation that they should have time to take root until autumn.

With insufficient care, the gypsophila can be affected by gray rot and rust, as well as gall or cyst-forming nematodes.

FROM nematodes They fight by repeatedly spraying plants with phosphamide with an interval of 3-5 days between sessions, but if this does not help, you will have to dig up the bush and wash its roots in hot water of 50-55 ºC, since the nematode dies at a temperature of 40 ºC.

In the photo: White-pink flowers of gypsophila

How and when to collect seeds

In the fall, when the plant dries up, small boxes with gypsophila seeds, similar to brown grains of sand, appear in place of flowers. The boxes are cut, dried in a room with good ventilation, opened and the seeds are poured onto newspaper or paper to dry and ripen, and when they dry, they are placed in paper bags or cardboard boxes for storage.

Perennial gypsophila is cut off at the end of autumn, leaving 3-4 strong stems at the root, then the remains of the bush are thrown for the winter with dry foliage or spruce branches in case of a snowless winter or too severe frosts.

Perennial up to 120 cm high, quickly taking the form of a spherical bush. Strongly branched stems, pubescent narrow leaves of gray-green color, flowers - no more than 6 mm in diameter, collected in paniculate inflorescences, depending on the variety, simple or double, pink or white. Varieties:

Branched annual with a bush height of about 30 cm. Leaves are linear, opposite, dark green in color, small pink or white flowers are collected in panicles. Varieties:

In addition to the listed species well-known in culture, the gypsophila is of interest, areciform, areciiform, tender, and the gypsophila of Patrena.


Description of the plant

Gypsophila also known as kachim, gypsophila (Gypsophila L.) belongs to the Clove family. The genus Gypsophila has one and a half hundred species. They are found mainly in southern Europe (the largest variations are observed in southeastern Europe), Asia, somewhat in North Africa, Australia and Oceania. In our flora, the genus is represented by 30 wild-growing species; it is found in the European part of Russia, in the Caucasus, in Western Siberia. About a dozen more species are in cultivation.

The name "gypsophila", being a translation of the Latin name (gypsos = gypsum, philos = friend), indicates the plant's preference for a gypsum substrate. Usually bushes are found on the slopes of dry hills, in rocky places. Some species are grown as decorative, for bouquets (especially graceful and paniculate).

When does gypsophila bloom?

Blooms depending on the sowing time:

Reproduction of gypsophila in different ways

Gypsophila is grown in two ways

As we said, gypsophila can be propagated by seeds and seedlings. But besides them, there are other methods of reproduction:

The harsh, frosty winter characteristic of mid-latitudes is the main enemy of the thermophilic lemon. Already at -4 ° C, its young shoots freeze, and a drop in temperature to -9 ° C is detrimental to the plant. In this regard, a winter shelter for an exotic must be reliable and sound. Prepare lemon for winter as follows:

With the arrival of heat, the tree is freed - the flooring is removed, the shoots are straightened and the polycarbonate greenhouse is returned to its original place.

Of course, the process of growing lemon in the open field is very laborious, and not every gardener will go to such a risky event. However, those who do not spare their efforts and time will definitely be able to taste lemons from their garden.


Watch the video: How to grow gypsophila from seed part 1 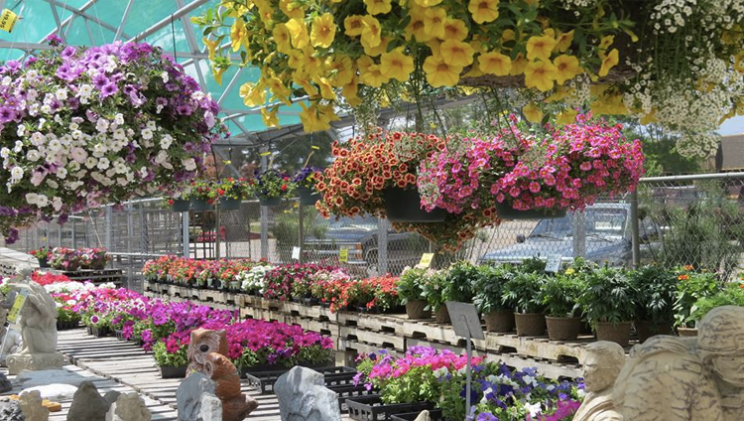 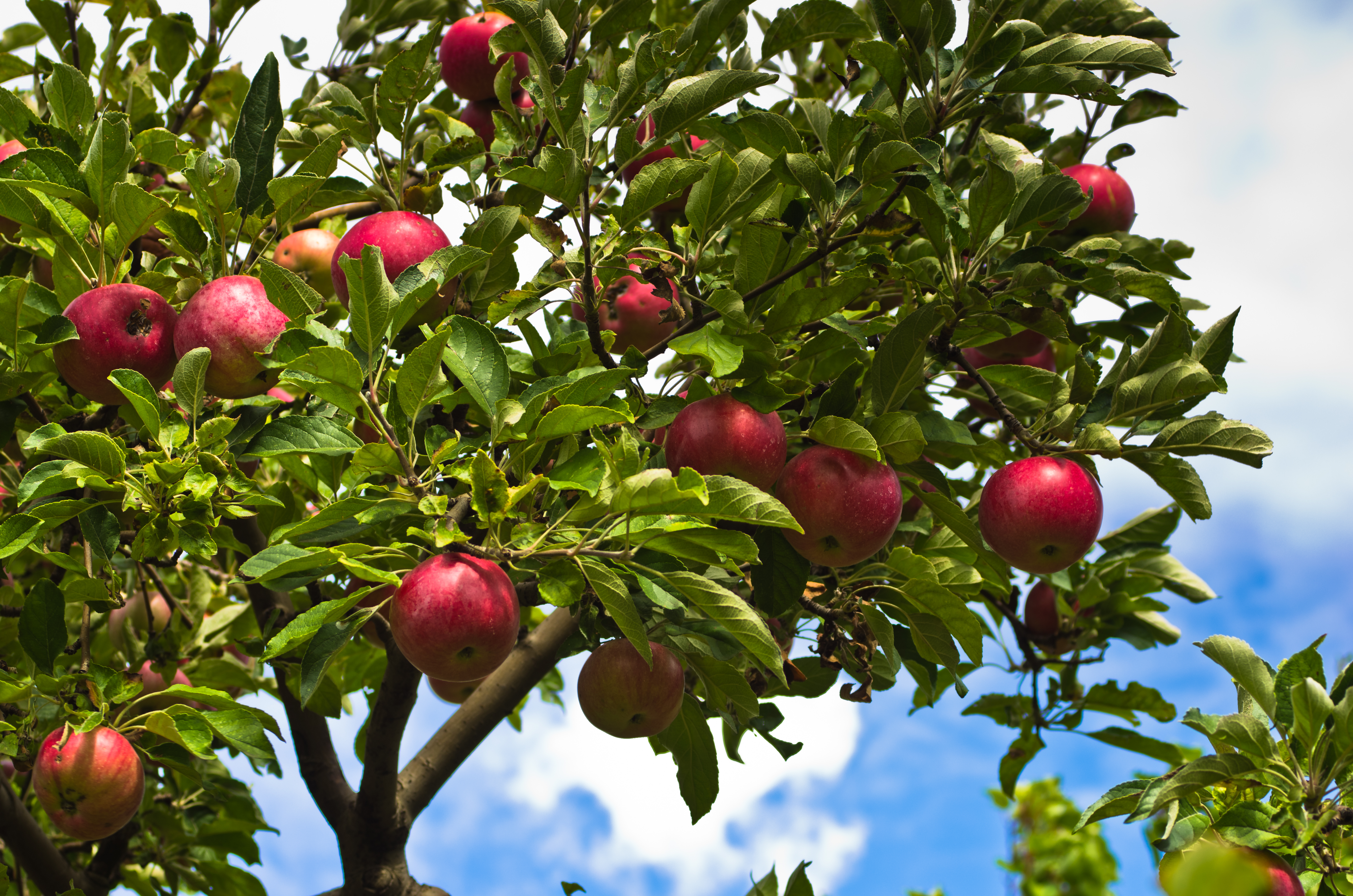 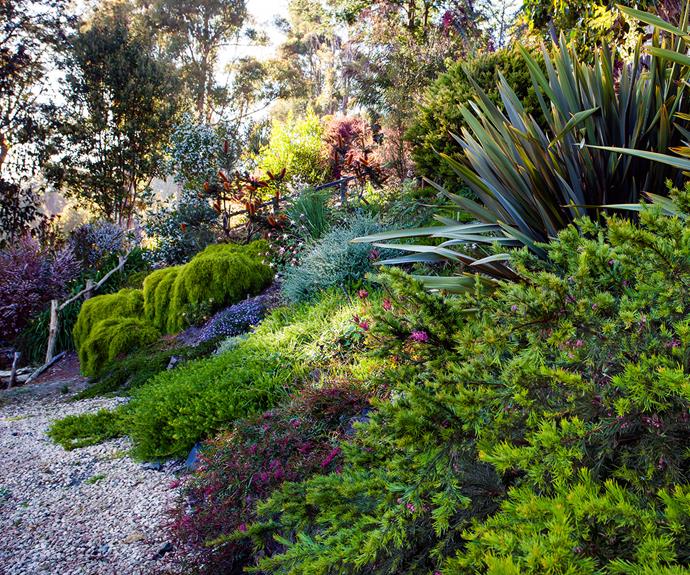